California is the country’s most populated state for a reason. With beautiful weather, a wide variety of terrain and a wide diversity of lifestyles, California has a lot to offer its residents.

At Town Moving, we help people make long moves all across the Golden State. We’ve been to cities and towns all throughout the state and know all the great places people want to live. If you are already in California and want to move to a different part or are thinking of relocating from another place, our team of professional movers can get you there.

Livability recently published a list of the most livable cities in California. Let’s take a look at our top six from their list. 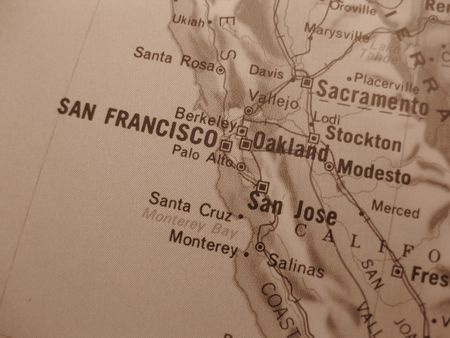 Home to the University of California, Berkeley – the oldest member of the UC system – Berkeley is a city with a reputation for academic excellence and the pursuit of scientific knowledge. With the university serving as the city’s engine, the Berkeley arts scene is unlike any other and many of the city’s neighborhoods are very accessible to both walkers and bicyclists.

Another large college town, Palo Alto is home to Stanford, but also a large number of entrepreneurs. The “Birthplace of Silicon Valley,” Palo Alto boasts a booming culinary scene and robust shopping opportunities, as well, and those looking for both great exercise and a great view can take a lap around the Stanford Dish Loop.

A consistent content for not just a top city in California, but in the entire world, San Diego boasts plenty of oceanfront for swimmers and surfers and some of the best weather to back it up. In fact, The Weather Channel called San Diego’s climate the most ideal for summertime in the United States. Add in the city’s broad selection of dining options and professional sports teams, and there’s no shortage of options for fun.

The unofficial capital of Silicon Valley, more than 6,600 tech companies call San Jose home. The city is also home to a complex and rich artistic community, while also boasting an extensive 53-mile urban walking trail network, hailed as the largest and best in the country.

Home to so much culture and diversity, San Francisco truly offers something for everyone. From the rich history of the city – including the Golden Gate Bridge, the classic cable cars and the oldest Chinatown region in North America – to the city’s role as the financial and cultural center of Northern California, it’s easy to see why this city is such a desirable place to be.

Film and television, theaters and museums, sports and shopping – LA has it all. With more theaters and museums than anywhere else in the U.S., bountiful nightlife – including professional teams in all the major sports leagues – and some of the most popular shopping destinations and restaurants, it’s no wonder that LA is such a popular and desirable place to live for the city’s nearly 3.9 million residents.

Wherever you want to be in California, we can help get you there. We specialize in moving clients from LA to San Fran – or from San Fran to LA – as well as to and from cities throughout the state. With our comprehensive range of residential and business moving services, we can get you there in one piece fast. To learn more, call our team at (323)600-5786.